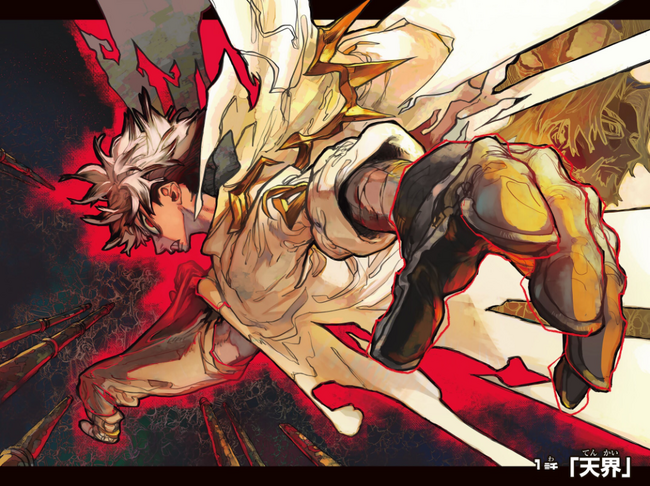 The Gachiakuta Wiki is a collaborative community for the dark fantasy manga series Gachiakuta (ガチアクタ) written and illustrated by Kei Urana featuring graffiti designs by Ando Hideyoshi. We welcome you to help us expand this wiki to a wide variety of topics by creating and editing new pages or by engaging in discussions. Gachiakuta • Forum • Blogs • All pages • All categories • Activity page • Gallery • Administrators • Fandom Community Central 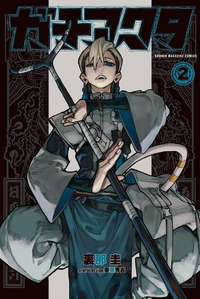 VOLUME 2
Released on July 15, 2022. After Rudo was banished into the Abyss, he finds the world below totally bizarre. In the midst of monsters called Aberrant Beasts running around and inhabitants who absolutely hated the Sky People, he was trying to gather information on how to return to Heaven. Rudo is invited by Engine, a member of the Janitors, an organization that exterminates Aberrant Beasts, and decides to go and meet the well-informed boss of the organization who may know a way to get back to Heaven. But, by a turn of events, he runs into another Janitor, Zanka, and immediately earns his scorn. 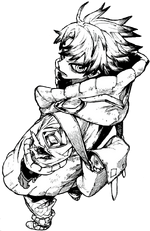 The city, where the civilized class live, and the slum, where the descendants of criminals "tribe folk" gather, are the two sides of society separated by high walls, and below—the Abyss—a dumpsite for trash and where criminals are exiled, is feared even by the people of the slum. Orphaned boy Rudo lives in the slum with his foster parent Regto earning a living by carrying out criminal activities in the town. Though urged by Regto to stop doing dangerous activities before he gets caught, Rudo has no intentions of stopping as he is convinced it is the only way to make money and even out with Regto for raising him. However, one day he comes home only to find Regto murdered and he is ultimately accused by everyone for the gruesome crime. As he is sentenced into the abominable Abyss, Rudo vows with fury to kill the person responsible and all of society who accused him of murdering his family. 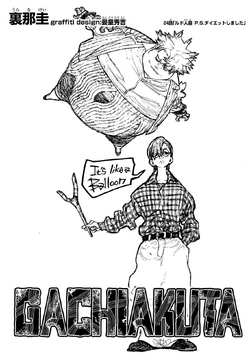